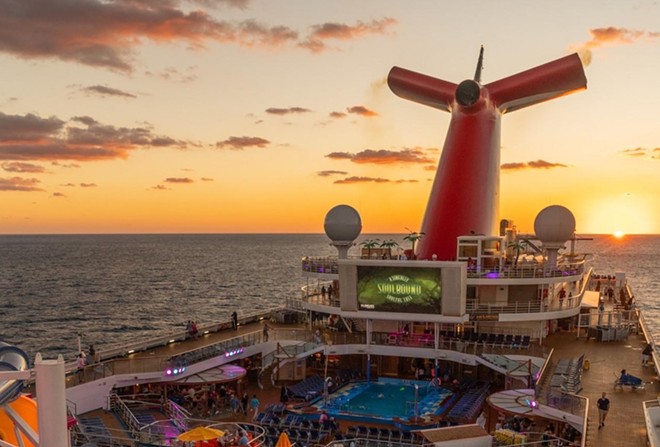 It was already clear that 2021 would be a slow recovery for the cruise industry, but Canada has now all but killed one of the most popular segments of the struggling industry with a ban on all large cruises.

In place until Feb. 28, 2022, the blanket Canadian ban comes after similar prohibitions have been expanded in a piecemeal approach since the pandemic struck early last year.

All vessels with more than 100 passengers are forbidden from the nation’s waters. Omar Alghabra, the Minister of Transport Canada, stated the bans “are essential to continue to protect the most vulnerable among our communities and avoid overwhelming our health care systems.”

“This is the right and responsible thing to do,” emphasized Alghabra.

The yearlong hard ban, viewed as the nuclear option, all but sidelines any hope of Alaska and New England seeing cruises this year.


At the heart of the issue is the 1886 Passenger Vessel Services Act that bans foreign-flagged ships from transporting passengers from one U.S. port to another. Otherwise there must be a foreign stop in between. For instance, Alaskan cruises usually call at a Canadian port to comply with this rule. Until now.


For decades, major cruise lines have used shady loopholes to keep their costs down. These practices — mostly around ships being registered in countries like Malta and the Bahamas and thus sailing under those foreign flags — have been criticized, with some labor groups calling the ships, where crew members make mere pennies per hour, “sweatships” for their labor practices.


The foreign-flagged ships and corporate registrations have also allowed major cruise lines to avoid paying U.S. taxes despite having their headquarters based in the States.


Last year, while airlines, hotels and other travel-related industries received government assistance and financial relief, the cruise industry was mostly left out.

In another tweet by House Democratic Caucus Chairman Hakeem Jeffries, he tells cruise lines that have long used these loopholes but are now seeking government assistance to stay afloat to “Get. Lost.”

There has been some talk about a temporary or permanent lifting of the Passenger Vessel Services Act, but it may be too late to save the 2021 season. For most cruise lines, Alaska and New England have a small summer and early fall season where cruises are possible.

The CDC currently requires cruise lines to comply with strict protocols, including simulated sailings, before welcoming back paying passengers. These protocols will take weeks to work through with no guarantee that the CDC will approve of a cruise ship returning to service even if it meets the costly standards.

“There’s no point seeking waiver [to the 1886 Act] as cruise lines weren’t going to be able to sail Alaska anyway. Alaska 2021 was on life support. Canada pulled the plug,” says Chrion. “A waiver would have been helpful if lines were able to begin sailing in April. At this point, test cruises won’t start until June or July.”

The sentiment is shared by others in the industry. C. Patrick Scholes, an industry analyst at Truist Securities, told investors, “This announcement essentially means that 2021 Alaskan cruises and New England/Maritime Provinces cruises will not be happening.”

Cruise lines are trying to remain optimistic publicly, though it’s unclear how the larger lines, with their foreign-flagged ships, plan to offer Alaskan and New England voyages this year.

Multiple smaller cruise lines, including UnCruise and American Cruise Line, that are registered in the U.S. can still offer U.S. cruises.

UnCruise has already confirmed six of its seven ships will have Alaskan sailings starting in May, with the company’s CEO proclaiming, “Alaska here we come.”

Transport Canada could lift the ban early if conditions warrant, but so far, there’s no indication that will take place. The United States currently leads the world in both COVID-19 infections and deaths.

← Canada’s horrible vaccine rollout is putting the overall economy at threat and we should be outraged
The Sprout: Overall health Canada says toddler food stuff sold in Canada is secure →